It was only a song. But in a split second, it took you back to where it all began.

In your mind, that point and time way in the past had been reconstructed. Or had it ever even been dismantled in the first place?

The sounds, the smells, the circumstances… it was all right there. Vivid, surreal. Like time had never moved on.

And once again, you realized that you’ve been a prisoner for all this time. A prisoner of psychological trauma.

It exacts a toll that is heavy and long-lasting.

How does this happen?

The Formation of Psychological Trauma

Psychological trauma is a strong emotional response to a disturbing event or calamity. This usually involves a loss of some sort through an accident, assault, the betrayal of trust, entrapment, a natural disaster, subjection to peril or violence, and much more.

At first, immediately after such an event or calamity, the damage often shows itself as shock or denial. However, with time, these feelings can evolve into more permanent emotional, mental, and even physical symptoms. The continuous cycle of psychological trauma this creates can eventually completely overwhelm a person’s ability to cope.

Over time, this trauma can progress into PTSD.

How Psychological Trauma Can Lead to PTSD

Post-Traumatic Stress Disorder is the formal designation for a group of insistent trauma symptoms that severely disrupt a person’s everyday life. Anyone—no matter gender or age—can develop PTSD. This includes individuals that have been directly exposed to a traumatic situation or have witnessed such an event, and even those whose job it is to help trauma victims.

Research studies have shown that several parts of a person’s brain are involved in responding to stress. Traumatic stress is closely connected to the release of large amounts of stress hormones, such as cortisol and norepinephrine. Thus, traumatic events or calamities can create a major chemical imbalance in the brain, changing how it functions.

Add to this the human tendency to hold on to traumatic feelings. Instead of allowing ourselves to process them, critical remarks—like “get a grip on yourself,” “get over it,” or “stop being a baby”—often shame a person into tucking their unprocessed feelings away. However, when we fail to process a traumatic event in a healthy way, it upset the delicate balance of our brains even more.

Hence, we end up becoming vulnerable to developing PTSD, and that comes with a hefty cost. 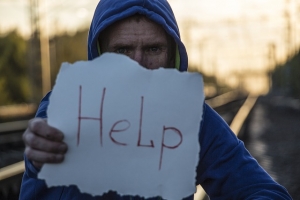 A person suffering from psychological trauma and PTSD may feel stuck in time. It is as if they’re in a fog or dream, reliving the traumatic experience they had over and over.

However, symptoms of PTSD do not necessarily appear immediately after the traumatic event or calamity. There is often a delayed response—at times, for years—before symptoms emerge or something triggers a panic attack leading into PTSD.

Manifestations of Post-Traumatic Stress Disorder include:

The emotional toll of psychological trauma usually varies a lot from person to person. Therefore, every case of PTSD is unique. Though, commonly they involve such things as:

How to Eliminate the Expense

Over the course of time, researchers have explored various methods for treating psychological trauma and PTSD. Hence, sufferers often find relief by using a combination of medications, cognitive therapy, and body-focused treatments.

Some of the most prominent are:

Above all, effective treatment calls for a comprehensive approach that helps the victims process their trauma in a healthful way. Through an ever increasing understanding of psychological trauma, it has become possible for more and more PTSD sufferers to eliminate the heavy toll and attain peace in their lives once again.

About the Author: Indepth Wellness